Each year in the third weekend of May, Paso Robles holds our annual Wine Festival.  The central event is a tasting in the Paso Robles downtown park on Saturday afternoon, and individual wineries build other events (dinners, seminars, barbecues, barrel tastings, etc) around this over the rest of the weekend.  Estimates for 2007 are that over 6500 people tasted wines from 80+ wineries in the park.

The Sunday of Wine Festival weekend, when people who have tried your wines in the park the day before go out to buy wines to take home, is traditionally the largest sales day of the year for Paso Robles wineries.  So, a big piece of the puzzle is always coming up with the right event to entice customers out to your winery, rather than to the other 140 wineries in town, all of whom are also competing to hold appealing events.

Those of you who have visited us know that we're pretty far out west of town.  We've found that, left to their own devices, comsumers tend to start their tasting day close to where they're staying, and gradually work further afield, ending their day with their furthest stop.  We often hear that people meant to get out to taste at Tablas Creek, but that they just ran out of time.

So, we've decided the past few years to hold an event in the morning, hoping to encourage people to realign their day, starting with us (about as far out as it's possible to get) and work their way back into town.  There are lots of reasons why this is a good idea.  We'd rather get people while their palates and brains are fresh, where they are more receptive to the education on Rhone varietals and blends that we feel is essential.  Plus, people's trunks are empty, which (particularly with groups traveling together) means that they're more likely to be able to take the wines they like home with them.  And finally, this means that people have shorter drives at the end of their day.

This year, we again hosted a cured salmon tasting with Chef Jeff Scott, and started it when our gates opened at 10:00am.  As in the past few years, we used this event as the formal launch of our 2006 Rosé.  Chef Scott cured several sides of salmon, and presented it with a warm new potato and olive salad, fresh cheeses, and bread.  It was a treat, and lasted until about 11:30am.  We welcomed just over 200 people for the salmon and rosé tasting.

We felt that the park itself was very manageable this year.  The weather cooperated (sunny and in the 80s) and the changes that the Paso Robles Wine Country Alliance made to the event helped encourage more serious wine consumers to come.  Everyone was having a good time, but it wasn't a party atmosphere as it had been some earlier years.

As for the traffic out at the winery, we saw traffic somewhat higher than last year (when it rained on Wine Festival Sunday) but not dramatically.  With the festival more or less maxed out in attendance, and those attendees shared between an ever-growing number of wineries, the crowds on Sunday weren't much more than a normal weekend's Saturday.  But that's OK... as the region grows in popularity, it makes sense that normal weekends will be busier, and the festival weekends will seem less extraordinary.

I had a treat in my email today: a nice note from Bob MacGillivray, who grew up in the ranch house across the street from Tablas Creek, and whose family owned the land that is now Tablas Creek from the early 1940s until 1989.  He and his brother John recently uncovered a cache of old slides from the property, taken by their father J. Fraser MacGillivray.  They had recently converted them to JPGs and he was kind enough to send two along to me.  The photos were both taken in the late 1950s on what is now Tablas Creek property. These two photos are below (I'll do them the honor of reproducing both full-size, since they're so remarkable). 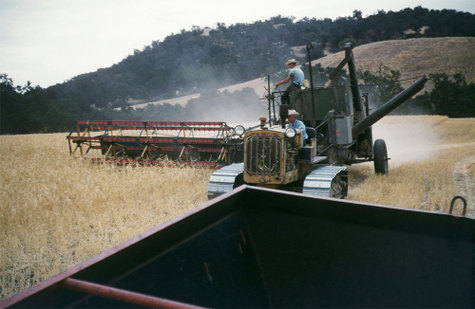 Bob's comment: this first photo is looking East/Southeast toward the field that is on Vineyard Drive [Ed note: we now call that vineyard "Scruffy Hill"].  This photo is probably just west/southwest of where the green houses are.  It was taken from the back of out 1941 Chevy grain truck that we still own. 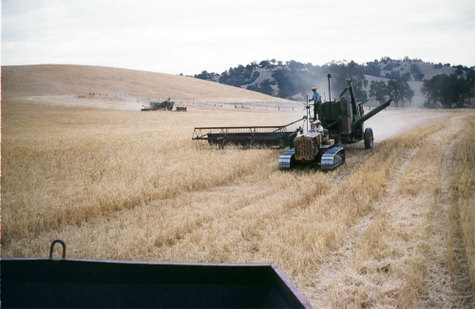 Again, Bob's comment: this second photo is looking North/Northeast [Ed note: toward where the winery is now] with Halter Ranch and Mt. Mourvedre in the background.  There was a stone wall that ran parallel to the wire fence you see in the photo.

Tablas Creek on "Good Wine Under $20"

Anyone interested should take a look at the beautiful writeup on Tablas Creek on the blog Good Wine Under $20.  The blog focuses on wines (mostly) under $20, but is flexible enough to address any wine that offers quality for its price.

It was gratifying to me to see a handful of articles on my dad's career, timed to coincide with his 80th birthday.  I wrote a few weeks back about my dad's amazing career, so I won't repeat myself, but I encourage you to read Jon Bonne's thoughtful, thorough feature from the San Francisco Chronicle as well as Janis Switzer's very nice article in the San Luis Obispo Tribune.

We are also looking forward to a piece in the May issue of Wines & Vines, written by Laurie Daniel.

Out at the vineyard, we had a really nice celebration of his life in wine, with friends and family assembling from all over the country and all over the world.  A few photos from the event are below. 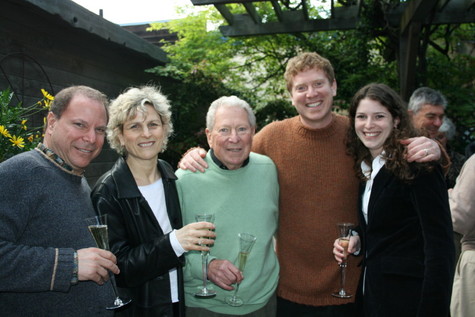 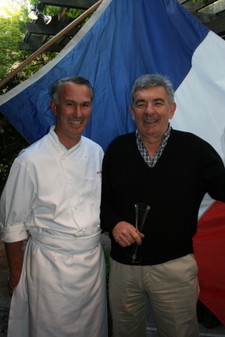 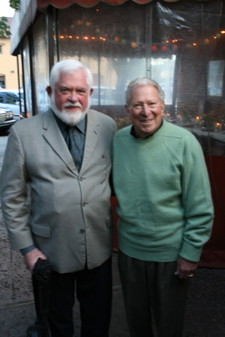 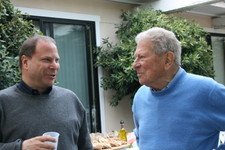 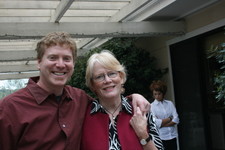 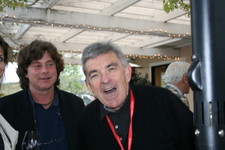 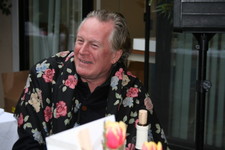 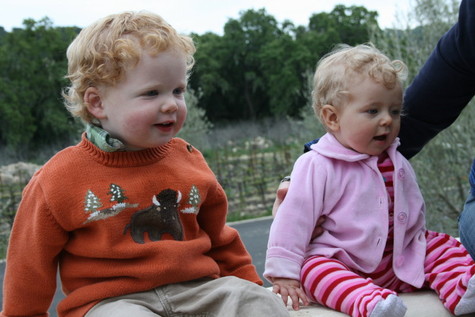 The next generation: Eli Haas, age 2, and Sophie Sands, age 1