Flowering 2018: Might We Be Seeing Our First Moderate Vintage of the Decade?

There are five viticultural markers that we use each year as markers: notable reference points that indicate where we are compared to other years.  These are, in order:

Budbreak gave us the first sign that we were going to see a later beginning than recent years.  Flowering, which we saw first evidence of in mid-May but which is still widespread as we get into the second week of June, is confirmation that we're looking at a growing season roughly two weeks later than what we've come to be used to since 2012. An example, from our Grenache block on Scruffy Hill in late May: 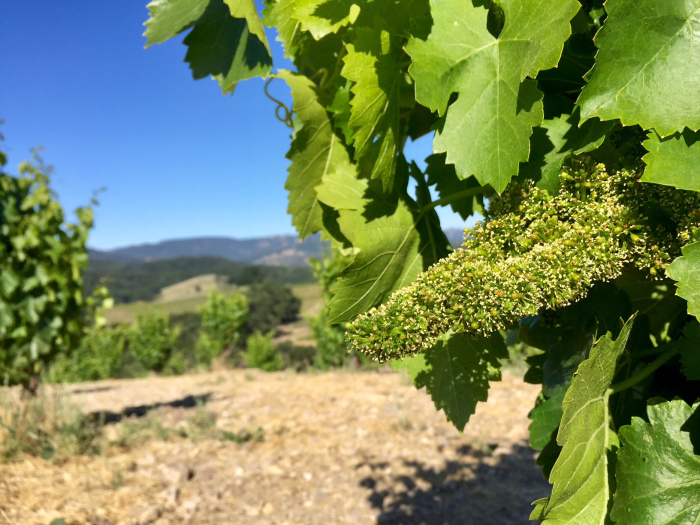 If you haven't seen grapevines flowering before, you can be excused for finding it underwhelming.  It's not a showy process.  Still, the tiny white fuzz-like flowers that appear on the clusters are the first stage of development of the berries.  From this point on, if the berries are fertilized successfully, they'll grow in size and mass until veraison, at which point they stop growing but accumulate sugar and ripen the seeds within.

During flowering, you hope for consistent, sunny weather, with only limited wind and no rain.  Cold or wet weather at this stage can produce incomplete fertilization, or shatter, where a cluster has a high proportion of unfertilized berries, looking snaggle-toothed and (often dramatically) reducing yields.  Some varieties, most notably Grenache, are prone to shatter, while others are less so.  This year, conditions have been good, and we are cautiously optimistic that shatter won't be a major issue. It's worth remembering that overall, conditions in Paso Robles are pretty benign compared to what grapevines face in most parts of the world. 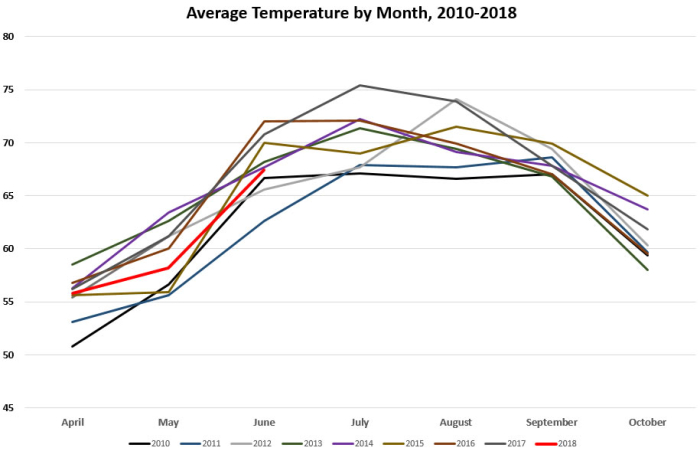 You can see that the 2018 trend line falls in the middle, in a space that's largely unoccupied (in May, at least) this decade. So, what does this mean for the rest of the growing season?It's too early to be particularly definitive.  It could develop into a year like 2015, where we ricochet between significantly warmer-than-normal months and significantly cooler-than-normal months.  It could build like 2012 from a cool early season to a scorching August.  Or it could settle in as a more uniformly cool or warm summer.  But we do have a not-insignificant portion of the growing season behind us, and at this point we're about 2% below our average number of degree days through June 6th, and 28% below our maximum to date (2014).  That cool weather, combined with a fairly late budbreak, suggests we're a couple of weeks behind most of our recent years, and unlikely to begin harvest before September.  Of course, there's lots that's yet to be determined.

At this point, we're happy to be most of the way through flowering in good shape, with the vines healthy from the March rain we received and the lack (so far) of heat spikes, at the roughly one-third point of the growing season.  And the vineyard smells great. 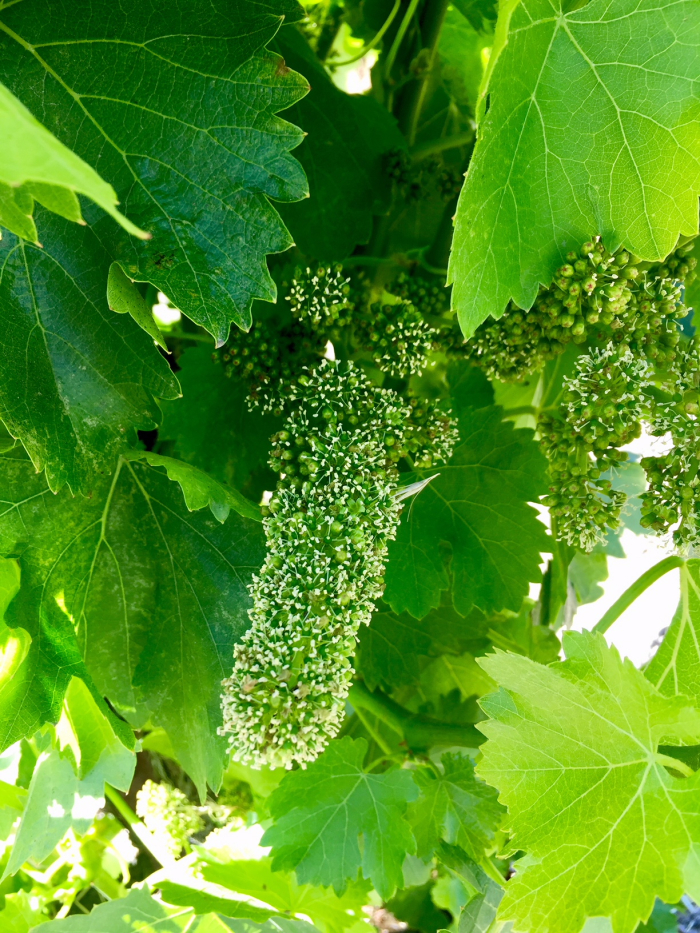